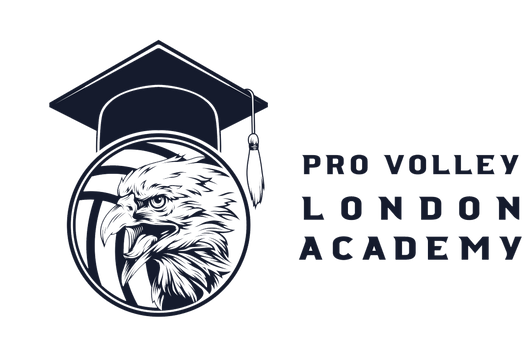 Concentrating on the professional aspects of sport as well as completing academic requirements goes hand in hand. The London club has worked with juniors for many years, but this project is aimed specifically at students of high school age and this has become a priority for the coming years.

The idea of creation Pro Volley Academy started in 2020. It was IBB Polonia London Volleyball Club (who are not only the reigning English champions, but also the first British team to compete in the CEV Volleyball Champions League - see the video above) and Future Star fundation initiative.

An the begining of 2021 the Academy stayed on the winning streak. Players once again

received the opportunity to try-out for the under 18 England National Team.

In September this unique system in England of education started and recruits went to school. The end of the year was a great success, which was achieved in such a short length of time. Coaches and players chalked up their first competitive match victory, and some athletes had the first England National Team call-ups!

Coach Koutouleas has an enormous wealth of experience spanning over 15 years in both Volleyball and Beach Volleyball.

After illustrious playing career which included representing such powerhouses as Panathinaikos Athens and winning over 100 caps for Greece, Vangelis started his coaching career as the Head Coach of Ionicos Athens in the A1 Pro League in 2002. In 2009 Coach Vangelis moved to the United Kingdom and became Head Coach of IBB Polonia presiding over the most successful period in the history of the club. Polonia’s incredible explosion on volleyball’s scene culminated in the Autumn of 2019 when they became the first ever UK representative in the FIVB Champions League. Currently Coach Vangelis combines the duties of Head Coach at Polonia with the position of the Head Coach of England Women’s Beach Volleyball programme.

In 2016 Coach Koutoulas has taken a two year hiatus from coaching Polonia to take the position as Head Coach of the Cyprus Beach Volleyball Federation. Vangelis led their Men’s team to 2nd Place in the CEV Championships for Small Countries in Iceland in 2017.

There is no exaggeration in saying that volleyball was a pivotal part of Dominks life from his birth. Not only is Dominik Zmuda the son of a professional volleyball player but he also was born in the small city of Kedzierzyn Kozle home of the European volleyball powerhouse ZAKSA Kedzierzyn Kozle.

After injuries finished his playing career prematurely in 2014, Dominik Zmuda started working as a coach with junior groups at both ZAKSA Kedzierzyn Kozle and MMKS Kedzierzyn Kozle. In 2017 he finished 4th in both the U18 Polish National League and Mloda Liga (U-23). His players have gone on to become key individuals for some of the top clubs in the highest league in Poland (PlusLiga).

In 2018 Coach Zmuda was signed by IBB Polonia London where he serves as an assistant coach in their senior team.